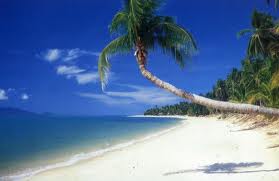 There is no excellent beauty that hath not some strangeness in the proportion. (Sir Francis Bacon, 1561-1626)

What I may think is an absolutely glorious beach, may not of course appeal to everyone. And when you’re talking about beaches, what is and isn’t acceptable will differ widely. Some may like the fact that there’s no Costa Coffee for miles, that there are no ‘facilities’ other than the ocean, and they are the only people on that particular beach.

Others may find the lack of crowds worrying, the getting there too rough, the climb down to that idyllic cove not worth the attempt, especially as everything needed for a simple ‘day on the beach’ had to be toted down by everyone – and will all have to be carried back up again.  And the car! Parked some hundreds of metres back and up is now left to stew in the heat … What if someone hurts their toe in the sea? What if we run out of water? What if it rains? What if the car won’t start once we find it again?

What if … what if … But we’re talking KOH SAMUI here, and I’d be happy to bet that most people long to be sitting, snorkelling, sleeping or sunbathing on that tropical paradise beach of white sand, safe aqua sea, beautiful sun and a modicum of solitude. Throw in some shady palm trees, little islands in the distance to break up the shimmering horizon, and a not too distant café or resort – and you’ve probably got most people’s idea of heaven.

The islands and beaches that make up Thailand (all 1,430 of them) have an awful lot going for them.  Many have glorious white or golden sands fringed by palm trees, beautiful clear and safe waters in which colourful fish play and nibble, are secluded and private, coffee and lunch are just a little walk away – and most are undisturbed by serried rows of sun beds and hundreds of sunseekers.  Other beaches, particularly those attached to the larger resorts, will offer water sports too should you decide to become more active and relinquish that un-put-down-able book.

Last year Kho Phi Phi, Koh Phangan, Patong beach on Phuket, and the Pranburi beaches on the mainland have all been quoted by Forbes.com and the Travel Channel as some of the best beaches in the world.

But here’s a secret: one of the best beaches in Thailand is on Koh Samui – and you could be staying there! It’s Maenam Beach.

Maenam – still thought of by some as a ‘backpacker beach’ – enjoys privacy, safe waters and golden sands. It is pretty and tranquil, still uncrowded, with restaurants dotted inland that will suit every pocket.

Voted a few years back by Australian journalist John Borthwick as 9th in his list of Asia’s Best Beaches, Maenam is a rarity in these crowded times: a quiet haven of beauty. Check out our villas on Maenam beach – you won’t be disappointed.