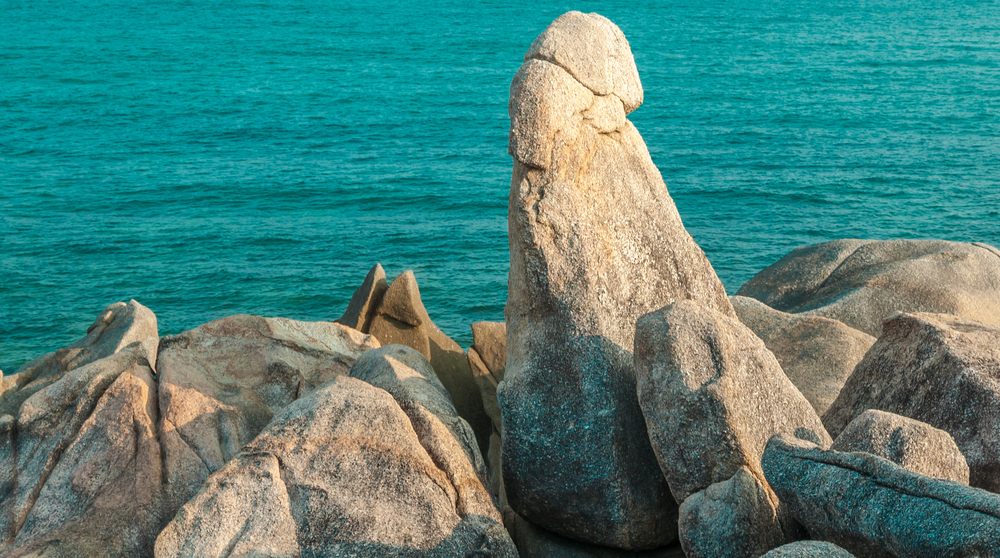 Koh Samui may be a mecca for swimming, sunbathing, shopping and spas, but it’s also known for its stunning historical sights.

The island is home to an array of temples, natural attractions and charming villages such as Bophut Fishing Village which serves as a window to the past. With so many places to explore here are some of the most popular historical sights in Koh Samui.

Built in 1972, this 12 metre high, golden statue is the first sight most tourists see as they fly into Koh Samui. It remains a popular attraction with both tourists and locals, as both gather together to light incense and make offerings of fruit and flowers to the immense sitting Buddha. The stairs leading up to the Buddha’s elevated platform are decorated with fearsome dragons and the platform itself is adorned in blue and gold. It is a beautiful and impressive feat of architecture.

Around the base of the platform is a courtyard where tourists can buy amulets, religious artefacts and other souvenirs, as well as food and refreshments. All tourists are welcome to observe the daily religious rituals, but it is advised to dress respectfully – cover knees and shoulders – as this is a place of worship. Nearby there is also a beach, which has come to be known as Big Buddha Beach thanks to its proximity to the attraction. This is a much calmer location than Chaweng Beach, which is not too far away but far livelier.

Set along the rocky coastline between Lamai Beach and Hua Thanon are the unique rock formations affectionately known as Grandfather and Grandmother Rocks. While it may seem strange that a rock formation would attract the interest of so many tourists, it is understandable once they are seen in person. Even the most mature of visitors may find themselves giggling like little children at the rocks that look suspiciously like male and female genitalia.

This formation is so famous with the locals that, inevitably, legends have been told about how the rocks came to be shaped this way. The most popular story tells of an old couple, Hin (Grandfather) Kreng and Yai (Grandmother) Kreng, who felt it was time for their son to get married. They sailed to a neighbouring province to find a suitable bride, but their boatt was caught in a terrible storm and the old couple died at sea. It is said that their bodies turned into the suggestive rock formation as proof of their real intentions.

To reach these rocks, tourists pass through a narrow passage lined with small shops and souvenir stalls. The beach at this location is rocky but the water is clear enough to see a multitude of marine life.

When the mummified monk Loung Pordaeng was alive, he was a native of Koh Samui. After a prosperous younger life, he left home at the age of 50 and dedicated himself to the life of a Buddhist monk. He practised many meditative techniques in Wat Khunaram and it was believed that he developed the ability to foretell his own death once he mastered these techniques. In 1973, Pordaeng died while seated in a meditative position. Now he is known as Koh Samui’s famous Mummified Monk.

It is said that when Pordaeng predicted his death, he instructed his followers to cremate him if his body decayed. Otherwise, he was to be kept in a glass casket in the temple as an inspiration for future generations to follow the teachings of Buddha. Since his death, the only parts of his body to have dried out are the eyes. This does not make for a pretty picture, which is why the Mummified Monk now wears sunglasses. Wat Khunaram is an active temple since most people come to pray to the Mummified Monk.

Visiting a corpse on display may seem like a strange tourist attraction but to the local Thai people, death is seen as something to be honoured and revered. In Buddhism, death is accepted as a natural part of life and most Buddhist Thais view it as getting a step closer to nirvana, or an opportunity to be reborn into the next life.

Posted in guides, things to do, Uncategorized | Tagged Historical sights in Koh Samui | Leave a comment