Ko Samui or Koh Samui? Short words are the best 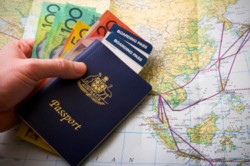 Broadly speaking, the short words are the best, and the old words best of all. Winston Churchill, 1874-1965

So…to Ko or (not) to Koh? That is the question!  Both small words, but you will probably see them many, many times during your visit to Ko Samui, and some explanation is perhaps timely.

The Thai language is a part of the Tai group of the Tai-Kadai language family. This family of languages seems to have no definite ties to any other group. Some Thai words are borrowed from Sanskrit, Pali (both from India) and Old Khmer (Cambodia).

It is a tonal and analytic language, meaning that how you pronounce a word gives it its meaning (same as the Chinese language) and the analytic description means that most of the language is composed of single morpheme words (this means that the word cannot be divided up any further, and in itself it has meaning).

I knew you’d ask … but as a very quick and brief example, think of the English word dog. Single concept (furry animal), no prefix or suffix. Now think of something like untouchable.  Here we have a word made up of three bits: un – touch – able. Only the bit in the middle has stand-alone meaning; the other two are a prefix and a suffix. If you need more explanation, read some of Stephen Pinker’s excellent books on linguistics.

Today, Standard Thai is spoken by over 20 million people, but there are also over ten other related Tai languages spoken in the country.

And there are several separate ways to speak the language, depending on what you are talking about or to whom you are speaking, from the informal ‘street’ or ‘common Thai’ used between relatives and friends; to ‘elegant’ or ‘formal’ – the official and written style; the ‘rhetorical’ which is used for public speaking; ‘religious’ when addressing monks or discussing Buddhism and lastly, ‘Royal Thai’ when speaking to or about the royal family.

Most Thai people will be able to speak and understand all of these, but the first two will be used for most conversations. The last three are also taught in schools.

Back to our Ko / Koh …Why we have two versions of this word in Latin script is debatable.  At a guess, it may well have started when people transcribing the Thai language wrote it down as they heard it: some possibly thought that the ‘h’ on the end extended the sound of the ‘o’.  It’s a bit like what happened when the first Europeans visited India, and we got Bombay – now Mumbai, and Calcutta – now Kolkata … so how come they got Delhi right then?!

But both Ko and Koh mean the same thing: ‘island’, There are over 1,430 islands making up the country of Thailand, so you will indeed see the Thai script or the words Ko or Koh a lot!

While you are on Ko Samui why not visit its sister islands – Ko Tao, and Ko Phangan (and you may also see Koh Pha Ngan).  These three islands form part of the Surat Thani province of Thailand.

Ko Tao is a small island (approx 21 sq kms) about two and a half hours from Ko Samui.  It is also known as Turtle Island.   Originally named because of its shape, it was however a favourite spot for the Hawksbill and Green turtles to lay their eggs. It remained largely uninhabited and undeveloped for the last few hundred years, but in the late 20th century became a very popular tourist and scuba diving centre.  Development soon encroached on the turtles’ favourite spots, of course, but new programmes are in place to encourage these magnificent creatures to keep coming back.

Ko Phangan is a much larger island to the north of Ko Samui, and covers around 168 sq kms. Home of the famous full moon parties, it is also worthy of a visit because it is a very friendly and family-oriented tourist destination, with some fabulous white sandy beaches to enjoy.