Posted on September 6, 2014 by Georgina Elizabeth 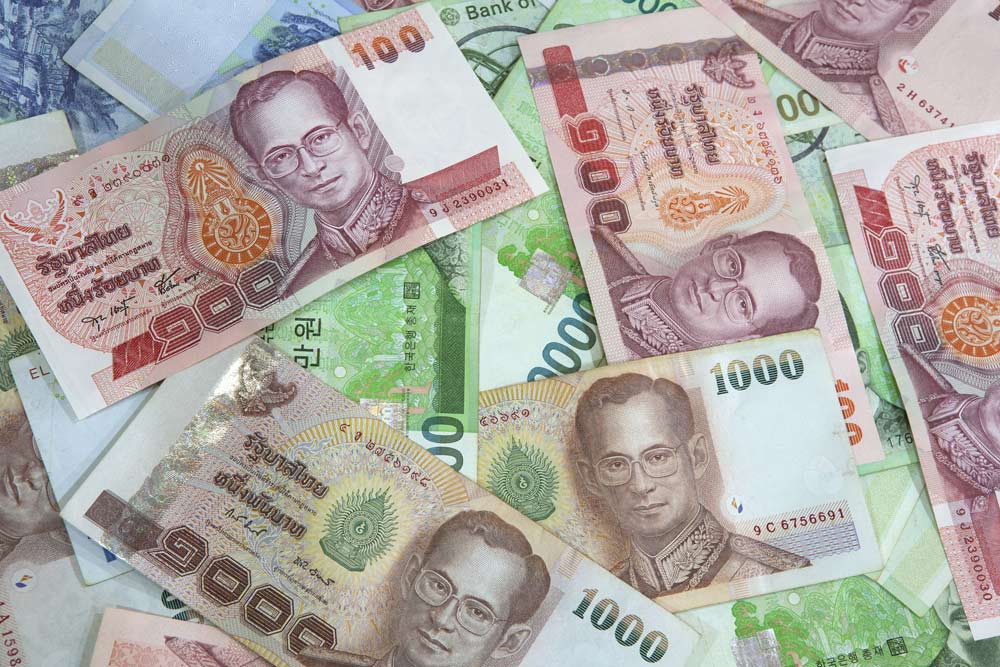 Koh Samui may be best known for its sun, sea, sand and sights, but this stunning tropical island is also known for its currency – the Thai Baht.

Issued by the Bank of Thailand, the Thai Baht is Koh Samui’s official tender, rated as one of the strongest currencies in Southeast Asia. 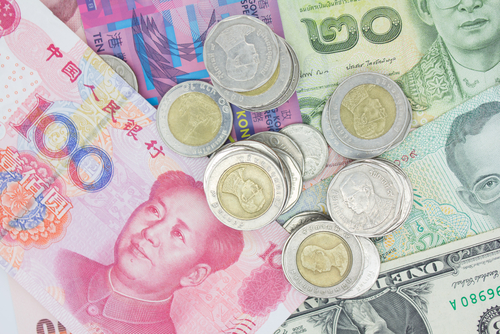 Like the British Pound the Thai Baht originated from a traditional unit of silver and is thought to have been in use from as early as the Sukhothai period (1238 – 1438) in the form of Phot Duang bullet coins. These unique solid silver pieces were produced to various weights corresponding to their value.

The first Thai King to consider a flat coin was Rama III after he learned of flat copper coins being used in Singapore in 1835. King Rama III is thought to have contacted a Scottish trader known in England for his experimental coins – however the King rejected the Scot’s designs. In 1860 modern style coins were introduced issued in gold, silver and copper, denominated by their weight in Baht and its fractions and multiples.

In 1892 the Thai treasury issued banknotes in various values; shortly afterwards the government introduced notes printed by British company Thomas De La Rue & Company Ltd. Notes were issued in denominations of 1, 5, 10, 20, 100 and 1000 baht featuring both Arabic, British and Thai numerals. These were referred to as ticals by English speakers.

The Bank of Thailand was founded in 1942, taking over the issuance of paper money in Southeast Asia. The Thai Baht had previously had a history of consistent change with various coin and note styles being amended over the years. However the founding of the Bank of Thailand helped to stabilise the future of the Baht.

In 2008 the Ministry of Finance and the Royal Thai Mint announced the 2009 coin series, which features an updated image to a more recent portrait of the King. The two Baht coin was the first of the new series to be released in February 2009, followed by the Satang coin, the five Baht coin, the ten Baht coin and the one Baht coin in July 2009.

In 2012, the Bank of Thailand issued a new denomination banknote – the 80 Baht note – to commemorate Queen Sirikit’s 80th birthday. This note was the first Thai banknote to feature Crane’s Motion security thread.

Today, the  Thai Baht is Thailand’s official currency, with one Baht subdivided into 100 Satang.  The currency features notes ranging from 20 – 1000 Baht in green, blue, red, purple and brown. Baht coins are mostly made of cupro-nickel in denominations of 1, 2, 5, and 10.

Unlike Laos and Cambodia, you won’t be able to pay with foreign currencies in Koh Samui – only Baht is accepted. However bureaux de change and ATM’ s are widely available across the island, at all banks and convenience stores,  only a short distance from any of our Koh Samui villas.