Koh Samui – Popular as ever 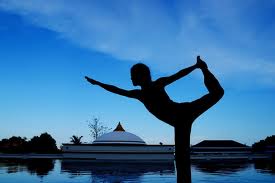 According to travel writer Naomi Lindt,  Koh Samui ranked number 3 in the New York Times 2011 list of must places to visit

A toned-down version of Phuket, heavy on wellness and food.

As Thailand’s third-largest island, Koh Samui isn’t exactly off the radar. But the 95-square-mile tropical gem in the southern Gulf of Thailand, whose white sand beaches, abundant coral reefs and seas of palm trees were once a backpackers’ secret, has emerged as the stylish luxury alternative to crowded Phuket. Last month’s much-anticipated opening of the W Retreat Koh Samui on a private beach along the island’s northern shore was the chic hotel brand’s premiere in Southeast Asia. July saw the arrival of the 78 pool-villas at the Banyan Tree Samui and its bay-facing spa, which includes the island’s first hydrotherapy facility. It is burnishing Koh Samui’s reputation as one of Thailand’s top wellness destinations, along with the yoga and detox center at the Moroccan-inspired boutique resort Absolute Sanctuary, which turns three in April.

Local restaurants have kept pace, luring international chefs who are transforming Koh Samui into an eating destination as well. Newcomers include H-Bistro at the Hansar Samui resort, where the French-Mediterranean and Thai menu was conceived by a former private chef to the Jordanian royal family, and Orgasmic by Chef Wally, which serves innovative cocktails and dishes like cocoa butter Hokkaido scallops and freshly caught white snapper with pecan-celery mash. The local scene goes into full swing at the weekly Sunday Sessions under the soaring thatched roofs at loungey Beach Republic, whose brunch, seafood barbecue and sunset D.J.’s are quickly becoming famous.