Why not a stopover en route? 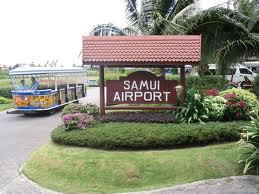 The only thing that make life possible is permanent, intolerable uncertainty; not knowing what comes next. (Ursula K LeGuin)

Not sure I totally agree with that ‘intolerable uncertainty’, but some level of surprise is good!  So now you’ve decided to book a luxury villa through Samui Island Villas for your Koh Samui holiday, why not consider a stopover somewhere?   Many airlines let you plan for that, even online these days, so if you have the time available, why not see one or two other places in this part of the world.  Let’s see what’s (relatively) nearby …

Istanbul (Turkey) – Under its previous names of Byzantium and Constantinople, it was the capital of the Roman, Byzantium, Latin and Ottoman Empires before becoming the capital of the new Republic of Turkey in 1922.
Cairo (Egypt) -    Originally Al Qahira – and popularly known as the City of a Thousand Minarets, this is the largest city in Africa, spread over 450 square miles.  It is home to the largest film and music industries in the Arab world, and handily close to many of the top tourist sights and for picking up a Nile cruise.
Amman (Jordan) -   Built on seven hills, this is one of the oldest continuously settled cities of the world.  It has known its fair share of residents, from its earliest 10,000BC residents, followed by the Ammonites, Assyrians, Persians and the Greeks, when it was renamed Philadelphia.  Then the Romans moved in.  Many of the places and stories of the Bible were in what is now modern Jordan.
And in The Middle East:
Doha (Qatar) – see how to develop a modern city out of the desert yet still retain the culture and improve on the greenery, and – of course – where the 2022 World Cup will be held!
Dubai (UAE) to see the impressively tall Burj Khalifa, the vast shopping malls – and possibly have a run down the indoor ski slope in the Emirates Mall.

Singapore and Hong Kong are further east than Thailand, but are two of the most important and buzzing cities in the Far East, and should certainly be on everyone’s list of ‘Places I must Visit’.  And from these cities you can get direct flights into Koh Samui.

Be sure to check out your country’s governmental websites for any places considered unwise to visit at your time of travelling.